Take an action when you find your drive 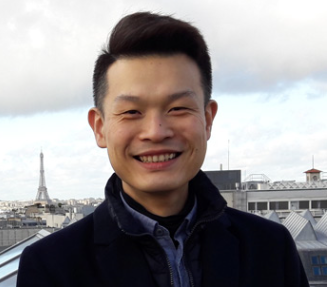 The INSERM is a French national institution, where appointed professors are assigned to universities across France to teach students and at the same time study in university laboratories, research institutes, and hospitals. Starting in the spring semester of 2021, Dr. Heo will work at the Universite de Paris and Institut de Psychiatrie et Neurosciences de Paris. Different from the system in the U.S., professors employed by INSERM grants tenure. I thought it would be an example for juniors who are studying, so I wrote down the process.

Sing a song, Do a dance

While I was in school doing my combined M.A. and Ph.D program, I had my biggest concern. I wasn’t sure if had talents, but no one saw me in the entire Superstar K season, even though I diligently participated in and completed vocal and dance classes at a practical music academy. Other than that, I spent rest of my time in the lab, so you can see how inefficient the experiment was. Nonetheless, my supervisor, Prof. Dae-Hyuk Kwan, embraced my free-spirit and various experimental thinking/attempt. Sometimes, I even had heated debates with the professor arguing that each other’s opinions were right and I didn’t mind persuading him to get me involved in the project that I wanted, so I could guess that how tired he must have been and how generous he was. His generosity was so high and even gave me a chance to work in Professor Taek-Jip Ha’s lab at University of Illinois Urbana Campaign in the U.S. I used to recall that as me being exiled, because I wasn’t good at speaking English and didn’t know what to experiment and whom to experiment with. So, all I did on my first day at the lab was to grow E. coli and purifying protein. As spending time there, I met people to have a coffee with and this naturally led to a joint research. As a result, our joint research was published in JACS. After that, I started my post-doc program as soon as I graduated in 2015.

Courage to say No

My major research interest was the mechanism of action on how neurotransmitters are released out of cells. I sent a post-doctoral application to Prof. James E. Rothman (Yale Univ., University College London, 2013 Nobel Prize), a leading authority on my interest, and he introduced me to Prof. Frederic Pincet, who were doing a joint research on biophysics with him, so I started studying physics at Ecole normale superieure University.

Prof. Rothman asked me to come to Paris for an interview as a researcher, and offered the conference registration fee, flight ticket (premium), and hotel expenses. After the presentation at the conference, I went up to his hotel room and talked about research interests and others for about 2 hours. When I told my supervisor after returning from the interview, he was very envious and proud of me saying there won’t be any post-doc who are well treated like me.

After the interview, I told my supervisor about this, he was so proud of me saying there won’t be any post doctorates who are treated well like me. About a half-year later, I flew to Paris, the city of Sophie Marceau who I once loved.

My research subject in Paris was the reconstruction of the cell membrane into a 1cm microfluidics. It even needed to an asymmetric membrane, the membrane had to float between different buffer solutions, and the actions of molecules occurring on the membrane had to be measurable by microscopes and by patch amplifiers. These were such complicated requirement that no one had ever done. Another problem was competition. My colleague who experimented the same project with me constantly claimed that this kind of membrane can be made steadily. Yet, no one has actually seen success. I also experimented with the method proposed by colleague, but all failed. Due to this process, I wasted a year and a half. After countless attempts, I had no choice but to say “No” to my colleague’s methods, which was a very painful moment. Additionally, it was a moment of having tremendous responsibilities to make the project successful. It was such a hard time, but ironically, I built trust with the two professors. And after so many attempts, we were eventually able to create a membrane system that met all the conditions. Currently, our study is used in many areas – for example, neurotransmitter, and membrane fusion mechanisms, membrane interaction mechanisms for α-synuclein (protein that causes Parkinson’s disease), and initial membrane insertion mechanisms for newly created membrane proteins. Based on this technique, research funding was received from the research institute and appointed to the institution described above. However, the day I heard the news, I had no time to celebrate because I had to experiment all night…

[ Professor Frédéric Pincet, Eiffel Tower between two of them ]

The last thing I would like to say to you is that take an action when you find your drive. It can be interpreted as do what you want to do, but it also means that physically take an action. If your professors say, “See, it’s working well as I told you to do” means you are doing well. Also, whether in France, the U.S. or the United Kingdom, people like hard-working researchers and they likely to meet good people.

I can think of several moments that I can confidently say that I did my best on experiments. I believe this great opportunity came to me as a luck because of my efforts. However, I think luck only comes after a hard work so I should tell the juniors to work hard. Lastly, I would like to express my deep gratitude to the professors of genetic engineering who have taught me many things.