It was worthwhile and wasn’t harder than I thought 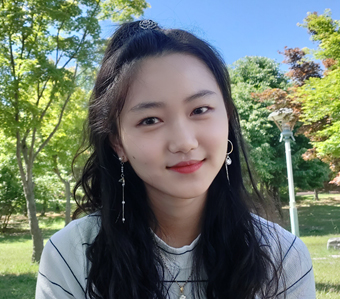 “Thank you. When I applied for the contest, I just thought it would be nice if our team gets a participation award so that team members can have dinner together with the prize money. But I am very proud of us for getting better results than I expected. I would like to thank team members who worked hard, citizens who responded to interview requests, all teams who gave us feedbacks while taking mentoring program together, and mentor Woohyun Jin who helped us a lot by giving us feedbacks and advice.”

This is Seokwon Jang’s award speech for the “Childcare 112 Team”, consisting of Eojin Kim (Dept. of Business Administration), Seokwo Jang (Dept. of Business Administration), and Songhyun Kim (Dept. of Education in Classical Chinese), who won the Best Excellence Award at the 2020 Sustainable Urban Living Lab Idea Contest. The competition was a contest to create a sustainable Suwon city hosted by the Suwon Sustainable Urban Foundation. As the word Living Lab means, ‘laboratory in life’, it is to find solutions to various social problems by using various sites of residents’ lives in Suwon as a laboratory. Through this, the goal is to acquire ideas to develop Suwon city. There were two submission formats, including idea sector and video sector. The Childcare 112 Team won the award in the idea sector.

I participated in the contest through the Urban Regeneration Design Thinking Education Program (UPP) organized by the LINC+ project. I found out about the UPP while looking at school notices because I wanted to do extracurricular activities during the vacation. The UPP conducted design thinking training on Tuesdays and Thursdays every week from July 14 to August 10. Based on the training, I participated in the Suwon City Sustainable Living Lab Idea Competition. In the first week of training, mentees submitted ideas and other mentees applied to the ideas they were interested in, and that’s how they formed the teams. Unfortunately, the draft idea Seokwon proposed was not selected, but he met team members and received the good results, instead.

The team name, Childcare 112, was made with the intention of providing an intuitive understanding of the idea of emergency childcare services. It combined ‘childcare’ which means childcare services with ‘112’ which creates a sense of urgency. The team logo combines siren icons and family icons to make the image more intuitive.

The reason why our team received better results than our expectation was because of our active participation. We had 1-2 hour-long meetings every day and complement the problems of idea through design thinking cycle, including materializing, sympathizing, identifying, proposing, producing, and editing ideas. They sometimes discarded ideas without a second thought, and went through many trials and errors. Especially, in the process of sympathizing and proposing ideas, they were able to understand the fundamental problem that Suwon city has. Exploring the fundamental causes of the problem helped shape the idea. In the process of producing, they had to rewrite presentation and submission materials several times in order to increase the level of completion. It was very difficult at that time, but it led to have good results.

Eojin collected and organized the data very well, so it helped a lot. I planned the idea, drew pictures, and focused on visualization using UI/UX. Songhyun conducted the meeting and helped increase the level of completion of presentation and submission materials. She also gave a presentation during the final presentation and explained our ideas well. Especially, she was helpful when conducting citizen interviews. I believe that there were difficulties because I’m a bit frustrating and other team member dropped out in the middle. However, we were able to get good results because the team members actively expressed and developed their ideas.

During the contest, I had a headache whenever we were stuck with ideas. The process of collecting primary and secondary data was difficult to obtain the beginning of the idea materialization. When collecting primary data through interviews and surveys, it was uncomfortable that citizens being unkind and suspicious. Fortunately, with the help of acquaintances and the active cooperation of some citizens, we were able to find the problem of ideas our team devised. Additionally, we were able to clearly understand the strengths of our ideas and what to supplement. This was reflected a lot in the final material. For the secondary data, it was hard to find differences between existing service and the service the team suggested at first. As a result of further investigation, we were able to find loopholes in the existing service, and by targeting them, we were able to increase the persuasiveness of the service devised by the team.

There are many episodes during the competition, but there are especially more memorable events. First, it was when we were about to present ideas with other UPP teams for an interim presentation before the final submission, the video was not working. So, I was really embarrassed. The application’s screen was not shown and only the voice was heard. To fix the error, we were in a hurry and our presentation was ruined. On one hand, I felt ashamed. On the other hand, I realized that I should double check materials in advance to avoid having similar issues at the final competition. The second episode is about the interview with citizens. I am shy and quiet so it was difficult to talk to strangers and ask for an interview. However, Songhyun actively asked for interviews and some generous citizens accepted her request, so we were able to collect information we wanted.

What I learned from the competition is that ‘it was worthwhile and wasn’t harder than I thought’. I’ve always thought only talented and outstanding people participate in contests or competitions. Also, I thought it was possible to participate in contest only if one has remarkable idea, but not all the contests were like that. I felt that if I prepare diligently and systematically, I could even aim for the prize. Usually, I was far from challenge spirit or creativity, but the process of planning and elaborating idea was fun and worthwhile. I realized that participating in the competition was not just difficult. It is impossible to say what career path I will take in the future, but through this experience, I realized that not only safe and conservative work but also challenging and creative work are attractive enough.

“If you want to do something worthwhile during vacation or semester, I would highly recommend you to participate in contests. It’s okay even if you don’t get a prize and if you get a result that doesn’t meet your expectation. I think the experience of being the main actor and devising, shaping, modifying and polishing ideas is meaningful and worthwhile enough. I confidently would like to recommend to people who wanted to participate but have vague fear and worry that you may waste of your time if you fail to win any prizes because participating in the contests itself is a great experience and it will help you grow.”

I would like to say to fellow students who are participating in the contests that “If you decide to participate, do your best until the end. There will be difficult and frustrating moments during the competition and sometimes you will be worried about not winning the award even though you try hard. But after all the undoubtful moments, if you eventually come up with a very improved result, I’m sure you will get a great outcome.”

▲ During the contest, brainstorming ideas & feedback and materials that applied the feedback